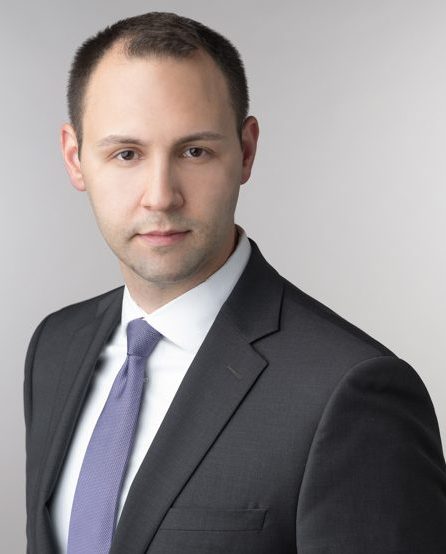 Andrew Rudolphi is a Trial Attorney and a member of the Virginia State Bar. Prior to starting Rudolphi Law PLLC in 2019, Mr. Rudolphi was senior associate at a northern Virginia law practice since 2013. Over the duration of his career in practice, Mr. Rudolphi has conducted numerous trials and has litigated countless matters, maintaining a results-oriented approach for his clients.

Before attending The Catholic University Columbus School of Law, Mr. Rudolphi was employed as a paralegal at the D.C. office of the international law firm, McKenna Long & Aldridge LLP. There he received his initial training in private practice as part of the firm’s litigation department. In that capacity, he assisted attorneys in matters in a variety of areas including export compliance, government contracts, and criminal investigations. In 2009, Mr. Rudolphi was awarded commendation from the firm for billing over 100 hours of pro bono work.

In 2010, Mr. Rudolphi matriculated to the Columbus School of Law and focused his studies in the areas of general litigation and criminal law. In 2011, Mr. Rudolphi accepted an offer to join the Columbus School of Law’s Journal of Law, Philosophy, and Culture as a staff member and became Symposium Editor for the same publication the following year. In addition to this, Mr. Rudolphi participated in the law school’s clinical program through Columbus Community Legal Services, where he successfully litigated matters before the D.C. Superior Court as a third-year law student.

As a practicioner, Mr. Rudolphi has had the privilege of teaching moot court at the Northern Virginia Criminal Justice Academy and has taught Continuing Legal Education (CLE) on DWI and criminal procedure through the Arlington County Bar Association.